Logistics Plus Inc. was founded in 1996 by Jim Berlin with a one-year purchase order from GE Transportation. Today we have over 50 offices in more than 20 countries, and over 450 employees

Logistics Plus Inc. was founded in 1996 in Erie, Pennsylvania.

As we celebrate our 25th year of business, here are some company milestones along the way: 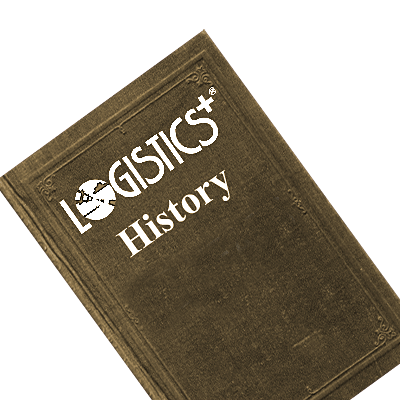 1996 – Logistics Plus is founded by Jim Berlin when he was given a one-year, three-person purchase order for $120,000 to help manage domestic inbound logistics for GE Transportation Systems (GETS) in Erie, PA (today, GETS is known as Wabtec Corporation).

1997 – GETS asked Jim and his staff of five to assist with their newly developed Mexico supplier shipments.

1998 – GETS places some of the Logistics Plus 15 team members in their sourcing offices in the Czech Republic, Poland, and Russia.

1999 – Logistics Plus expands to India, China, and Indonesia and offers services to other customers and other industries.

2001 – On the heels of the 9/11 attacks, the Logistics Plus team heroically rallies to move almost 100,000 pounds of cargo from 6 European countries onto one of the first international charter flights booked into the US after the attack to keep GETS production lines moving without disruption.

2003 – Through sustained, organic growth, the company reaches 100 employees with offices in twelve countries and over 200 customers. The company also acquires and renovates the historic Union Station building in downtown Erie where its global headquarters reside today.

2015 – In January, Logistics Plus is named 2014 Employer of the Year by the DevelopErie regional economic agency; in April, named a top freight brokerage firm by Transport Topics magazine; and in July, named a Great Supply Chain Partner by SupplyChainBrain magazine. Logistics Plus would go on to receive many more awards in the years to come.

2016 – Logistics Plus becomes one of the first approved third-party logistics providers for international services as part of the Amazon Solutions Provider Network (SPN). In August, the company celebrates its 20th anniversary.

2017 – Logistics Plus is selected by WeWork, the leading co-working space provider in the world, to oversee all aspects of its global supply chain, including procurement, warehousing, logistics for all of its new and updated office installations. In November, Logistics Plus acquires Lynx Fulfillment to enhance its growing eCommerce fulfillment business. Logistics Plus ends the year with $127.3 million in U.S. sales (not including overseas offices), nearly 50% more than the year prior and more than 1000 times greater than its inaugural year-end.

2018 – Google signs Logistics Plus to a multi-year agreement following a successful pilot logistics program in late 2017 for its home products division. Logistics Plus receives its first certification as a Great Place to Work® company based on employee survey responses and an overall culture brief.

2019 – Logistics Plus is named the 54th best medium-sized workplace by Great Place to Work® and FORTUNE magazine. On June 28th, Logistics Plus establishes the first and only National Logistics Day to celebrate the logistics industry’s importance to domestic and global economies.

2020 – Logistics Plus adds over one million additional square feet of warehousing to its North American footprint, including a new, flagship Chino, CA facility with 566,000 square feet; two new Erie, PA facilities (including the Erie Times-News building) with 88,000 and 130,000 square feet, respectively; a new Bensenville, IL facility with 190,000 square feet; and an expanded Dayton, NJ facility, now with 309,000 square feet. The Logistics Plus Medical division is also formed during COVID-19 to help source, warehouse, and deliver much-needed PPE to people and businesses worldwide, including a heroic all-hands-on-deck effort at its new ETN warehouse to receive, repack, and ship one million face-shields to the Commonwealth of Pennsylvania.

2021 – Logistics Plus is certified as a Great Place to Work for a fourth consecutive year. Today, the company has nearly 300 employees in the U.S., another 300 worldwide, and over $300M in annual global revenue. In August, Logistics Plus will celebrate its 25th anniversary.

Read more about Logistics Plus History.