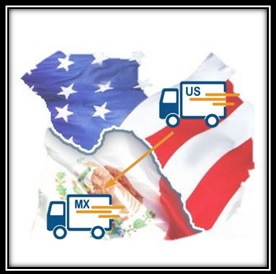 Shipping between the U.S. and Mexico is not as easy as it may seem. In order to transport shipments between these countries, there are certain regulations and documents that must be legally followed. The most common methods of shipping goods from the United States to Mexico are by truck, rail, air and sea, or a mixture of two or more of these transportation modes.

Here’s what you need to know when you’re shipping from the U.S. to Mexico:

Here’s what you need to know when you’re shipping from Mexico to the U.S:

Here are the basic import and export documents you’ll need:

Every country has its own regulations and shipping requirements so it’s important to be aware of this information before shipping to any country. Contact our team of cross-border experts here at Logistics Plus to learn more about shipping between the U.S and Mexico.