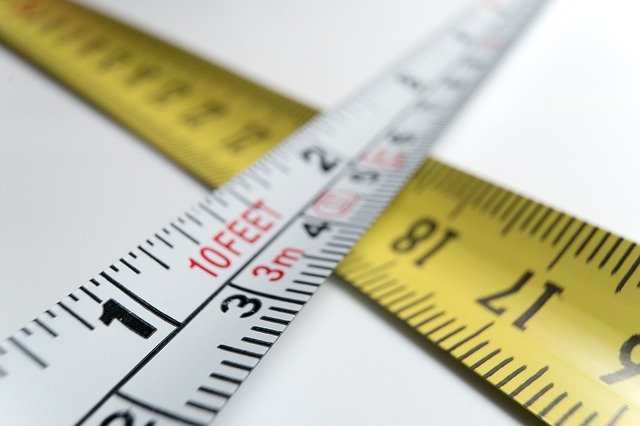 Less-than-truckload (LTL) shipping can be somewhat complex and confusing. It is important for shippers to provide their LTL carrier – or 3PL/broker – with accurate bill of lading (BOL) information to avoid unexpected charges. Sometimes those surprises can come in the form of fees associated with overlength, linear foot, cubic capacity rules. The following is a quick primer regarding each of these three rules.

If you have two overlength items in the same shipment, most LTL carriers will only apply this fee once, but some carriers (such as R+L Carriers) will apply it for each overlength item. Overlength fees are applied as additions to the standard LTL pricing.

Most carriers no longer have linear foot rules (they instead rely upon their cubic capacity rules), but there are some that still have them in place. A linear foot rule will apply when the length of an entire shipment exceeds a maximum specified length. For example (as shown below), if a shipment is tendered to Dayton Freight that exceeds 15 linear feet with a density that is less than 22.5 PCF, it will be rated as if it was 1,250 pounds per linear foot instead of the BOL weight with standard LTL pricing.

It’s important to note (and this is where it starts to get confusing), that this is only for shipments that do not have an overlength item – for those shipments, the overlength rules noted above would apply (although some carriers might rate it both ways and apply the higher rate of the two rules). 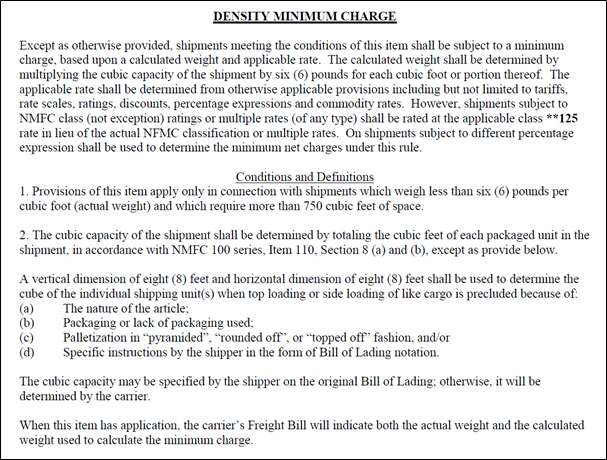 When cubic capacity rules apply, most carriers will automatically rate the shipment at a specified freight class (e.g., 125 in the Ward example) and they will artificially max out the weight according to a specified density rating and the rated dimensions (e.g., 6 pounds per cubic foot in the Ward example). The new cubic capacity rate will apply instead of the standard LTL pricing. For this reason, it is important to know the accurate dimensions and density of your shipment. Many carriers and 3PLs provide “density calculators” on their websites for this purpose; however, it is important to understand that most carriers will apply cubic capacity rules according to the space a shipment takes on its trailer (and not necessarily a shipment’s actual cubic feet). So a 48” non-stackable pallet will be considered to be 96” high by most carriers because they cannot load additional freight on top of the pallet. Likewise, a 52” wide pallet will be considered to be 96” wide since a second, standard pallet cannot be loaded alongside it.

Logistics Plus is here to help!

The bottom line is that LTL overlength, linear foot, cubic capacity rules are very complex and nearly impossible to quote accurately 100% of the time. That is why we recommend caution when quoting anything over 12 feet in length – and the logistics specialists at Logistics Plus are here to help if you have any questions regarding how to calculate density or apply any of the rules discussed above. We do incorporate the overlength fees and various other scenarios we can trust into our cloud-based TMS (called eShipPlus); but, as a general rule, we will not automatically quote any shipment that is over 750 cubic feet. For those shipments – or really for any shipment that is over 12 feet and/or 6 pallets – oftentimes we can quote those manually for our customers and obtain a much better “volume/spot” rate than standard LTL pricing. Drop us a line or give us a call if we can help you too!